The ROI of “Big Events” What screams “marketing campaign” more than a BIG EVENT?

But – as it always happens – the mad rush to be “online” and/or reach “millennials” has had some unintended consequences. The online marketplace, where brands previously allocated 10%-20% of their advertising budgets, is now given the majority (!) of advertising dollars. Demand growth for digital advertising placements has dramatically out-paced supply, despite the fact that smartphone adoption has increased by over 30% between 2015 and 2018 – which translates to about 72 MILLION Americans beginning to use a smartphone for the first time during that period.

In short: an awful lot of Americans have adopted internet-connected smartphones over the past 3 years. That’s translated into a lot of additional advertising inventory (or supply) – especially when you realize that every consumer likely sees in excess of 1,000 digital ads – and 10,000 brand messages – each day. But even with that, demand STILL out-paces supply. And many  online advertising experiences are still terrible.

Today, the pendulum is once again swinging back. Frustrated by ad blockers and flummoxed by increasing costs and diminishing returns, brands have returned to an old friend: experiential marketing.

The concept is simple: in an increasingly impersonal – and I daresay artificial – world, an experience that creates a real, tangible, meaningful connection between a brand and its target audience is exceedingly valuable. It cuts through the clutter. It creates an emotional connection. It inspires consumers. It resonates.

And – according to proponents of experiential marketing – it actually works (for now). Advocates claim that experiential marketing can successfully integrate digital advertising and social media with real-world interaction, creating durable connections quickly and laying the foundation for scalability, brand loyalty and advocacy.

Most experiential efforts use variants of the same playbook: the brand creates an “amazing” or “memorable” or “engaging” experience in a prominent location. Consumers – who may or may not be the brand’s target audience – inevitably pass by the experience on their daily travels. Those who choose to engage with the experience are so impressed/amazed with it that they proceed to share it on their social media accounts (so their friends see this incredible experience), provide the brand with their contact information (to get other offers/deals/information/marketing messages) and leave the experience with a more favorable impression of the brand and a higher likelihood of making a purchase at some point in the future.

Here’s the million-dollar question: does that actually happen?

To announce this, M&Ms designed an experience in Times Square that used Augmented Reality called the M&Ms ARcade (clever, no?). As part of this experiential marketing effort, the brand rented a dozen billboards in Times Square and transformed them into an AR arcade, which users could interact with through their mobile devices – a cool concept, to be sure. They paired that with a few giveaways (including one of those claw machines), photobooth with the M&Ms candies and a hashtag (#UnsquareCaramel) and were off to the races (or pinball).

Presumably, the company had several goals for this, which I think could be fairly articulated as the following:

This is not to say the above is an exhaustive list; I’m sure there are plenty of other goals (like “bring joy to people” or “do something cool”) that may have also been discussed. Those, however, are far more subjective than is useful for organization evaluation purposes.

Based on campaign data collected by AdWeek, the results of this effort were as follows:

Regular readers will see a familiar criticism of the above “results” – namely, they fail to provide a reasonable basis by which to evaluate the efficacy of the campaign relative to the goals set for it. What is an impression worth? Is there a measurable different in impression quality between “earned media” and “social media”? Did using the hashtag positively (or negatively) correlate to purchasing behaviors for everyone’s favorite caramel candy bites? Would Mars have been smarter to take all of that money they just spent on this “experiential” marketing effort and throw it from the top of the Empire State building?

Speaking of money, let’s (try) to break down the costs involved:

A single billboard unit in Times Square costs between $1.1M and $3.4M per year. Based on this chart and the below image of the actual event, I’m going to assume that the market value of the billboards rented is about $34.5M per year.

That’s about $95,000 per day (on average) – though the actual costs are likely higher, as M&Ms doesn’t have the ability to take advantage of yearly pricing rates. So let’s tack on a 25% premium, which would also cover set-up fees, taxes, administrative expenses, etc. That’s $118,750 – just for the billboard rentals for one day.

This experiential event was conceptualized by NYC-based agency Weber Shandwick and brought to life by Syngergy Interactive. Approximating the amount of time it would take to pull all of this off is difficult, but after a few conversations with agency executives, AR developers and experiential designers, we came up with a range of 1,250 hours to 1,750 hours – most of which depends on the time spent creating initial campaign concepts, the number of revisions made to various components of the creative and the level of difficulty involved with integrating the AR app with the various billboards.

In order to calculate the hourly rate for this work, I used data provided by a recent article in PR week (since picked up by NPR and the New York Daily News), which showed MSU paying Weber Shandwick $517,343 for 1,440 hours of agency work. That breaks down to a blended hourly rate of $359. I was not able to find rates for Synergy Interactive, so (for our purposes here), we’re going to lump them in with Weber. And in order to be extra fair, I’m going to reduce the hourly rate by 15%, as the MSU work performed involved a crisis event and likely was charged at a premium. That leaves us with a blended hourly rate of $305 for between 1,250 and 1,750 hours – or $381,250 to $533,750 in agency fees. Ouch.

Finally, there is the equipment (A/V, vending machines, photo booths, photography, videography, AR, etc.) cost to bring this all together. Again, these costs are a bit tricky to approximate, so I relied upon the expertise of an AR developer based in Baltimore. He estimated that just the technology involved in this type of experiential event would cost $25,000 for a day – in Baltimore. For NYC, he advised that the cost could be as much as double that figure, depending on the day and the exact set up used. For the sake of simplicity, I’m splitting these estimates and assuming a technology cost of $37,500. And let’s tack on an extra $20,000 for event signage, other arcade machines, photography, giveaways, etc. So that’s $57,500.

So – what could M&Ms have gotten for their $557,500 to $710,000? They could’ve purchased about 17,000,000 30-second advertising spots on Hulu. Or about 170,000,000 digital marketing impressions on Google Display or Facebook. Or they could’ve sponsored about a months’ worth of HQ Trivia Contests, plus given every participant a coupon of Caramel M&Ms and STILL had about $50k left over. And that’s using the low side of the range.

Whether Hershey’s investment in the M&Ms ARcade event was actually worth it depends upon a number of factors – from how effective the event was at creating a meaningful connection and how durable that impression was overall (i.e. did it come to mind when the consumer was face-to-face with a packet of M&Ms at Whole Foods the next week? The next month?) to how effectively social media and earned impressions translated to buyer behaviors.

Based upon much of the research we have, we know that the average consumer will click on about 3 of every 1,000 ads shown on display tactics (which is about what a social media or earned media impression amounts to these days). We know that of those users who click (or express interest), about 2% will complete a conversion that’s attributable to the campaign shortly thereafter. And we know that the impact created by most advertising impressions has a relatively short half-life of decay – that is: people don’t remember seeing ads for very long. The impact they have is not particularly durable.

So, let’s approximate how effectively the M&Ms event may have performed, using some real dollar figures:

The one exception here is the “experiential” conversions – which seem to be much higher. Of the 26,000 passerby impressions, about 2,200 used the hashtag (for the purposes here, I’m assuming that only people who saw the hashtag in person used it, which is likely a flawed assumption – though the outcome is favorable to Hershey’s).

Here’s what’s interesting: if every impression generated by the campaign (since this is the unit of measure we actually have) drove the same expected revenue ($0.0142/impression) and profit ($0.004495/impression) as the in-person impressions, this campaign would’ve actually been profitable: at 466M impressions, that translates to $6,617,200 in revenue and $2,094,892 in profit. After deducting the costs of the campaign, Hershey’s would be looking at an ROI of about 276% (on the high end) to 195% (on the low end). Not too shabby.

This isn’t intended to be a criticism of Experiential Marketing events – but rather a cautionary tale. M&Ms (and their agency partners) clearly did not think through how the impact of this would be measured or the bottom-line impact this event was expected to deliver; rather, they created an exceptionally “cool” event for the sake of doing something exceptionally cool. And in the process, their client likely lost well over half a million dollars (by my admittedly conservative estimations).

I’m sure of you will (rightly) point out that the effects of this experiential marketing play may persist for some time – days, weeks, months, even years. That it may have introduced some customers to the caramel M&Ms who will go on to buy a bag every single day for the next year – though there would need to be 2,385 people who did this in order for the campaign to break even.

Had I been tasked with this project, I think there are many, many more interesting ways of measuring the impact of these events. A mixed-markets test comes immediately to mind – how much more likely were those individuals who “experienced” the event to buy a bag of M&Ms? How much did it improve their favorability of the M&Ms brand? How “memorable” was this experience for those individuals vs. a traditional ad vs. a digital ad? These are questions we can answer and that can provide real, tangible insights into how effective these events can be for brands like M&Ms.

But unless these types of tough questions are asked up-front – and unless the insights uncovered from those answers are put to use moving forward – companies like M&Ms will continue to spend untold millions on events that simply are not effective at driving new customer sales, fostering brand loyalty (and with it, LTV) and ultimately, delivering profitability. 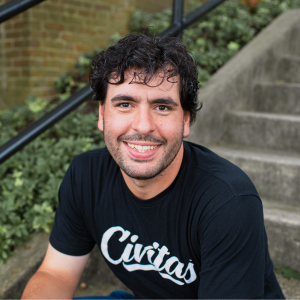 Net Present Profit Per Click:
In Search for One Metric to Rule Them All One of the biggest challenges faced by all performance marketing stakeholders -- agencies, marketers, brands, investors and executives – is consistently...
30 Likes Is Your PPC Campaign Profitable?
The majority of businesses today are doing some form of online advertising - whether that be small boosts on Facebook or Instagram, search ads via Google Ads, product ads on...
35 Likes Business Models, Better Mousetraps & New Regulations
Do you ever review your credit card (or debit card, or whatever) and see a charge for a product or service you either (a) hardly (if ever) use or (b)...
35 Likes